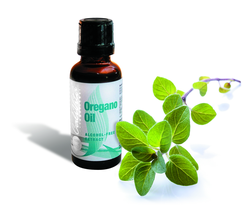 It can be applied topically (on the skin) for painting or embrocating, 3 times a day. If rush and/or irritation occurs, discontinue use.

Description:
Oregano is a popular perennial plant, which we know from the kitchen primarily. Few people know that for its numerous beneficial effects it has been applied already in ancient times in popular medicine. Get acquainted with the fantastic properties of oregano!

Oregano is a very popular herb which people nowadays begin to discover outside the kitchen as well. Ancient people esteemed it not only as a spice. 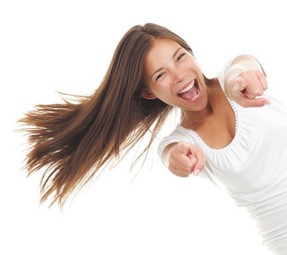 The name of the plant is composed of the Greek words oros (mountain) and ganos (enjoyment), which also refers to the fact that for the ancient Greek it was the symbol of joy and happiness. The Egyptian downright worshipped it as the sacred plant of Osiris, and had woven into crowns and wreaths during rituals. It had a significant role in the popular medicine of both ancient people; they applied it externally and internally in countless cases.

Oregano contains several components: volatile oils (˜3%) such as thymol, borneol, and carvacrol, which is responsible for its excellent antimicrobial effect. Its further components are for example flavonoids, which are powerful antioxidants; they promote the protection of cells against free radicals. Moreover, oregano contains rosmarinic acid, sterols, vitamins A and C, as well as several minerals. Compared to the traditional forms (e.g. herbs, dried plants), these active agents are present in oregano oil concentrated. So this plant, besides possessing a powerful antimicrobial effect, is a strong antioxidant as well. Besides using it internally, it can be used for small bruises, insect bites, and diluted as a mouthwash or inhaling.

Not only a spice: Oregano

Although most of us think of oregano as a spice commonly found in kitchen, this herb is capable of much more. Let’s take a closer look:
Oregano’s latin name is Origanum vulgare. It has green, 3-28mm long and 2,5-19 mm wide leafs.
The leafs are egg shaped, or can be elliptic. The sides can be intact or serrated
There are numerous types of oregano, though many herbs are enlisted here unrightfuly. These are mainly spice scented herbs, however botanically speaking they do not belong here. Such are for example the Cuban, Mexican and Spanish oregano.
The ’true’ oreganos however are also very diverse, not only in their appearance but also as far as ingredients and chemical content is concerned.
The volatile oil content is the main factor influencing the type of oregano at hand. On average the volatile oil content is between 0.5 and 2% (e.g. Origanum microphyllum, native to Crete, Greece).
Origanum calcaratum for example is generally considered poor in volatile oil, since its content is below 0,5%. Volatile oil ritch herbs can even surpase the 2% mark (e.g. Origanum vulgare).
Furthermore, the volatile oil content depends on the environment related factors such as seasons, number of sunny hours per day and amount of fallen rain. For example the oil essence can be much lower in the Fall. Origanum vulgare’s average value is 1 - 3.1%, however in the summer his figure rises to 4,8 - 8,2%.
Why is this important? Oregano’s main ingredient is the essential oil, hence its quantity is of crucial importance. It is made up of two main essential oil components called thymol and carvacrol.
Thymol
Thymol is the monoterpene phenol while carvacrol acts as a “booster” thymol to increase the antibacterial effect of both.
It is a white, crystal matter, with pleasant aroma and strong antiseptic qualities. Due to it’s phenol nature it produces an antibacterial effect (25 times more effective then ’common’ phenol), yet less toxic.
It’s antifungal, antimicrobic characteristics proved valuable during in vitro experiments, and make it a valuable fighting tool against Salmonella and Escherichia coli.
Various industries are recognizing a wide array of benefits of this valuable herb, giving it a long overdue spotlight it deserves.